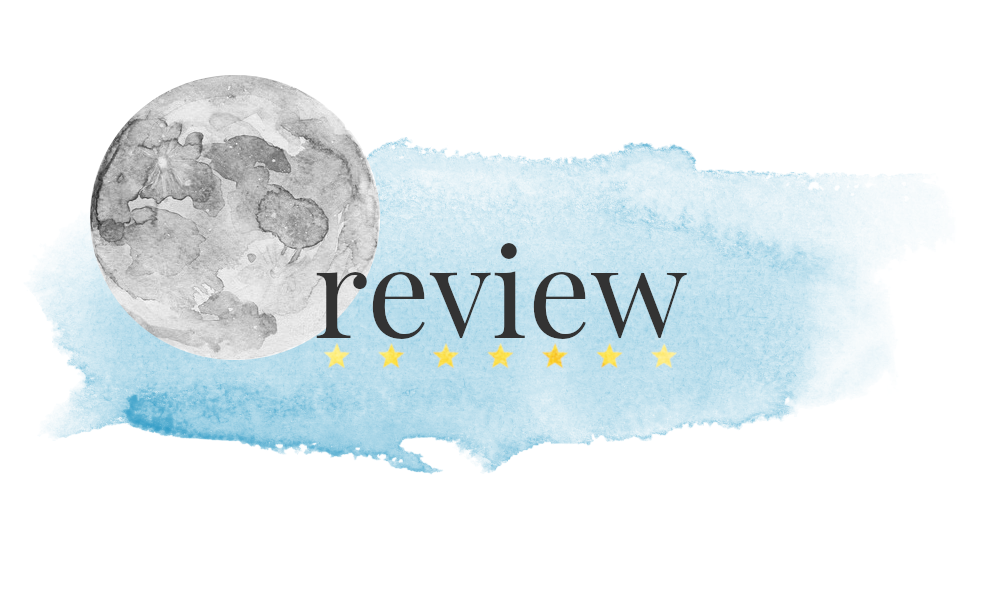 **I received an ARC from the the author as a friend (thank you, Chloe!!!). These are my honest opinions, and in no way was I compensated for this review.**

(All quotes are taken from an ARC and should be checked against a finalized version of the book.)

Summary: From the #1 New York Times bestselling author of These Violent Delights and Our Violent Ends comes the first book in a captivating new duology following an ill-matched pair of spies posing as a married couple to investigate a series of brutal murders in 1930s Shanghai.

It’s 1931 in Shanghai, and the stage is set for a new decade of intrigue.

Four years ago, Rosalind Lang was brought back from the brink of death, but the strange experiment that saved her also stopped her from sleeping and aging—and allows her to heal from any wound. In short, Rosalind cannot die. Now, desperate for redemption for her traitorous past, she uses her abilities as an assassin for her country.

But when the Japanese Imperial Army begins its invasion march, Rosalind’s mission pivots. A series of murders is causing unrest in Shanghai, and the Japanese are under suspicion. Rosalind’s new orders are to infiltrate foreign society and identify the culprits behind the terror plot before more of her people are killed.

To reduce suspicion, however, she must pose as the wife of another Nationalist spy, Orion Hong, and though Rosalind finds Orion’s cavalier attitude and playboy demeanor infuriating, she is willing to work with him for the greater good. But Orion has an agenda of his own, and Rosalind has secrets that she wants to keep buried. As they both attempt to unravel the conspiracy, the two spies soon find that there are deeper and more horrifying layers to this mystery than they ever imagined.

SONG OF THE DAY:

“right where you left me” by Taylor Swift

Check out these other posts/links:

They have us bound in matrimony and in code name. Do you think they would separate us that easily? You’re stuck with me until the end.

At this point, we all know how big a fan I am of Chloe Gong’s books. When she was gracious enough to send me an early copy of her next book as a friend, I dropped everything to read it! I do not regret anything about that except for the fact that now I had to wait 9 months before it releases to properly talk about it and even longer for the sequel. Stunningly gorgeous, Foul Lady Fortune is about love creeping through the cracks, devoted loyalty to the ones you love, and duty that disguises pushed-aside dreams.

This review contains spoilers for These Violent Delights and Our Violent Ends.

Four years ago, Rosalind Lang‘s life was changed forever; after falling ill, she’s injected with a life-saving medicine that also allowed her to heal from any wound, pause her aging, and make her effectively immortal. Since then, she turned to the Nationalists, now in charge of Shanghai, to become a spy with the name Janie Mead. Four years ago, Orion Hong‘s life was also changed: his Nationalist father was investigated as a traitor to the country, his mother left, and his brother defected to the Communists, leaving Orion to pick up the pieces of his family and their reputation. Now, the two of them are assigned to investigate a Japanese publishing company with imperialist roots—posing as a married couple. They must learn to work together, gradually opening up to the other. However, with a mysterious killer on the loose and three factions working against each other in the shadows, danger always lies just around the corner.

I’ve sat around for a while, thinking about how to review this book. There is just so much of it that I adored, that it’s hard to pick out each aspect to talk about. I’ll try my best to put into why I loved this book so much into words, but I’m sure that I’ll forget something or be unable to touch on it fully.

The plot was intriguing, unravelling multiple mysteries. Personally, I think that if These Violent Delights wasn’t for you, you might still want to give Foul Lady Fortune a try because in my opinion, it’s very different, tonally. This is a spy story, so we have the characters holding their cards close to their chest. As the story progresses, you can’t help but grow more and more immersed in it and the secrets stacked perilously on top of each other.

As in These Violent Delights, Foul Lady Fortune follows a set of ensemble characters and their points-of-view. Rosalind and Orion pose as a married couple in order to infiltrate a Japanese publisher with imperialist roots. They’re both keeping their own secrets, which I’ll get into later. Working closely with them are Phoebe, Orion’s younger sister and wannabe agent with some tricks up her sleeve; Silas, Orion and Phoebe’s best friend who is a triple spy for the Nationalists and Communists; and Alisa, a former White Flower who has her own agenda yet helps Rosalind nonetheless. On the other side of the Nationalists is Celia, Rosalind’s sister and a Communist agent. She’s stationed outside of Shanghai with Oliver, Orion’s brother. The two of them slowly uncover a mysterious plot on their own side.

I especially loved Rosalind’s and Orion’s characterizations. Whereas Juliette was ruled by her heart, Rosalind is ruled by her head. She doesn’t form any relationships with anyone after being betrayed by Dimitri, only remaining close to Celia. Meanwhile, Orion has stepped up to keep his family together after his father was accused of treason. They both care so, so deeply about the people they love and will do anything to protect them.

It’s notable that both Rosalind and Orion become agents less because they care about the Nationalists than because they have nowhere else to turn. Rosalind has not allowed herself to think about what she wants because she doesn’t truly trust herself anymore. Orion’s position allows him to protect his family from harm and ensure their loyalty. Their roles have taken the place of their long-forgotten dreams because they never put themselves first.

What I especially loved about the two of them is that they are so clearly mirrors of each other. Rosalind wears her emotions outwardly, unable to hide much about her thoughts (other than her identity, of course). Orion, on the other hand, is so used to internalizing everything he feels, not wanting to worry anyone. He’s had to hide his feelings, especially after he returned to Shanghai to clean up his family’s reputation.

Something that Rosalind and Orion share is that they are both love-starved in their own way. This isn’t necessarily romantic; instead, their relationships with their families have obviously left a mark on them. Rosalind grew up out-of-place in a family where position was everything. She was neither heir nor a true Cai, always in Juliette’s shadow, and when she tried to make something of herself, she was horribly betrayed. Now she’s Fortune, hunting down enemies as a means of repentance at the expense of not caring about herself. She feels responsible for the explosions that rocked Shanghai four years ago and is unable to let go of the past, especially because she’s now unable to age.

Similar to Rosalind, Orion is stuck in the past, trying to hold his family together, when in reality, there’s no going back to those times. His brother defected, his mother left, and his father doesn’t seem to care about his children anymore. He really only has Phoebe left and does everything to keep her out of harm’s way, even though she’s eager to help him and his missions. Everything he’s done in the past four years is to atone, in a way, for his family’s mistakes.

Over time, both of them realize that eventually, you have to move forward from the past and live for yourself. As much as Rosalind made mistakes, she can’t keep sacrificing herself as a means of atone. Similarly, Orion has to let go of the perfect picture of his family and of the idea that they can return to what they were before. They both help each other see this as they grow closer.

The romance, by the way, was truly chef’s kiss. Fake marriage is always a fun trope, but combined with Rosalind’s prickly nature and Orion’s charismatic one, their fake marriage becomes a bed for humor and very real jealousy. I genuinely loved so many of their scenes together and couldn’t help but scream during some of them. Their interactions ranged from soft to infuriating. As much as they’re reluctant to work together at first, you can see the love between them creeping up on them.

I adored the prose! It was lovely and suited the pacing perfectly, quick-paced for the heart-pounding scenes, gentle for the soft ones, and overall so poetic. There was this one line at the end that I’m still thinking about and will probably forever be thinking about. The pain and desperation there…why @ Chloe, did you do this to me…

As for representation, the entire cast, save for Alisa, is Chinese. Rosalind is demisexual, which is discussed in her narrative multiple times. Orion and Phoebe are both bisexual (and very chaotic, mind you), and I believe Silas is queer, although that’s not written on-page in this book (perhaps in the sequel). As we know from These Violent Delights, Celia is trans and gets to shed her sister Kathleen’s identity for the one she had picked for herself prior to returning to Shanghai. Also, Alisa is asexual and aromantic.

The ending of this book was…a lot, to say the least. Again, I curse myself for reading this so early because now I have to wait so long for the conclusion. Also, if you didn’t know, this book is a spin on Shakespeare’s As You Like It, which Chloe has emphasized multiple times is a comedy and not a tragedy. We’ll have to see about that in the sequel, but this book is funny (in the midst of heart-wrenching scenes). I found myself laughing so many times while reading.

Put simply, Foul Lady Fortune is Chloe Gong at her best. I couldn’t put this book down and immediately fell in love with the characters and the plot. This story has made its way into my heart, and I already know that I’ll be returning to it often. One of the best releases this year, Foul Lady Fortune is a must-read; I truly cannot recommend it enough, especially for fans of These Violent Delights, the fake dating/marriage trope, and/or character-focused mysteries.

* This is an affiliate link. I will earn a commission if you click through and purchase from Bookshop.

About the Author: Chloe Gong is the New York Times bestselling author of These Violent Delights and its sequel, Our Violent Ends, as well as Foul Lady Fortune. She is a recent graduate of the University of Pennsylvania, where she double majored in English and international relations. Born in Shanghai and raised in Auckland, New Zealand, Chloe is now located in New York pretending to be a real adult.